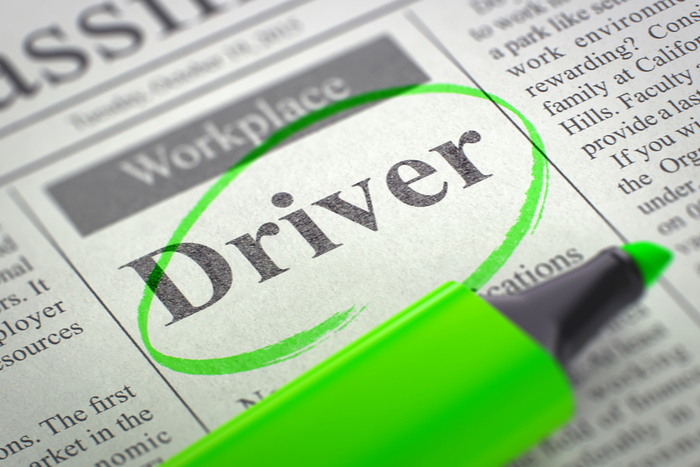 Trucking employment actually dipped in September for the first time in months, despite a seasonally adjusted gain. Photo credit: Shutterstock.com.

US transportation and warehousing employment surged in September as 135,000 new jobs were created in what for most industries was a lackluster hiring month. However, the majority of those jobs don’t touch freight. Transit and ground passenger transportation businesses added 83,300 jobs in September, accounting for 62 percent of the transportation sector’s monthly employment gain.

Trucking employers lost 1,600 jobs, according to non-seasonally adjusted, actual data released by the US Bureau of Labor Statistics (BLS) Friday. That reversed a trend of monthly employment gains in trucking since February. Seasonally adjusted numbers showed an increase of 2,500 in trucking jobs, which indicates the BLS expected trucking to lose 4,100 jobs in September, not 1,600.

Long-haul truckload employment is down 6,900 jobs in that same period, and the LTL sector has lost 5,700 jobs, according to the BLS data. The revised JOC For-Hire Trucking Employment Index, which is based on BLS data, dropped from 99.6 in August to 99.5 in September, indicating trucking employment remains slightly below its level in the 2018 fourth quarter, after peaking in mid-2019.

The BLS numbers, however, provide only a partial view of the employment situation. The Labor Department agency does not count workers who are self-employed, such as independent truckers and many contractors delivering packages for e-commerce retailers. The number of new motor carrier registrations in 2021 indicates more drivers are out there than BLS figures suggest.

Trucking may have lost workers, but warehouse firms gained 30,900 employees in September, as a flood of imports absorbed warehouse capacity in markets across the US. Courier and messenger firms, which include many last-mile trucking companies, added 21,900 jobs from August to September. Many of those jobs, Miller believes, will be in metropolitan areas with high e-commerce demand.

Warehousing firms have added 77,400 jobs since April, the BLS data show, but warehouse employers say they have trouble finding workers. Michael Belzer, a professor of economics at Wayne State University, sees the labor shortage as an outgrowth of a commoditization of labor similar to that which followed deregulation of trucking in the 1980s, depressing wages.

Spot rates ease, but ‘no reason’ to expect quick return to pre-pandemic levels