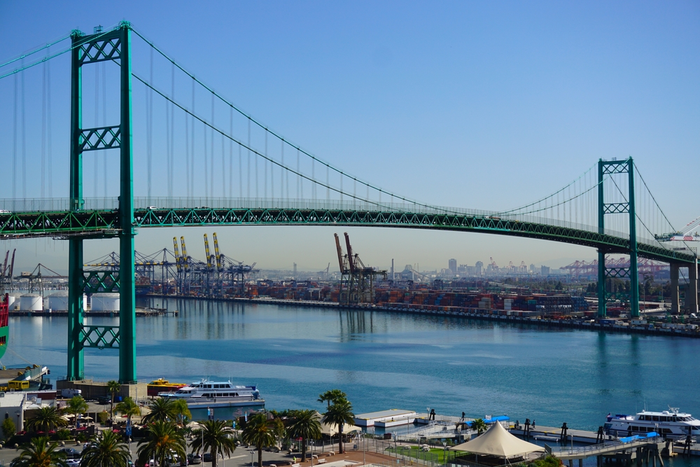 APL Logistics Monday announced the addition of Haiphong, Vietnam, to its OceanGuaranteed product, a move that capitalizes on importers’ requirements for priority loading in Vietnam and time-definite delivery to destinations throughout North America.

The third-party logistics provider’s OceanGuaranteed now serves 13 load ports in Asia, including Ho Chi Minh City. US retailers have shifted some of their sourcing and manufacturing from China to Vietnam and other countries in Southeast Asia during the two-year-old US-China trade war.

US imports from China of household goods, one of the largest categories of imports, declined 15.6 percent last year, while increasing 33.6 percent from Vietnam, according to PIERS, a JOC.com sister company within IHS Markit.

OceanGuaranteed ensures priority loading in Asia, priority unloading at the Fenix Marine Services terminal in Los Angeles, team-driver truck service to destinations throughout the US and Canada, and time-definite delivery to the door of the receiver, or the customer receives a 20 percent refund, Tran said. Other Asian load ports for the product include Qingdao, Shanghai, Ningbo, Xiamen, and Shenzhen in China; Hong Kong; Kaohsiung, Taiwan; Bangkok, Thailand; Singapore; Jakarta, Indonesia; and Busan, South Korea.

Since the priority product was launched more than 10 years ago, APL Logistics has consistently maintained on-time delivery by working closely with its ocean carrier, terminal, and trucking partners, and by “minimizing the number of touch points,” Tran said.

Non-vessel operating common carriers (NVOs) have told JOC.com that priority trans-Pacific ocean services such as those offered by APL Logistics and ocean carriers Matson Navigation Co. and Zim Integrated Shipping Services have been in high demand since late June as carriers continue to roll shipments from one voyage to the next because ships leaving Asia are overbooked.

US imports from Asia in Southern California surged almost 40 percent in May through July over the same period last year as retailers restocked merchandise that flowed out of warehouses when stores and factories began to reopen following COVID-19 lockdowns. In addition, sales of personal protective equipment (PPE), home furnishings, at-home office products, and seasonal merchandise have been brisk. Vessels leaving Asia are still overbooked, according to NVOs.

When APL Logistics accepts a booking, the customer is guaranteed loading on the vessel that is booked in Asia, and date of delivery at cities throughout North America. The booking guarantees equipment availability and team-driver truck service from Los Angeles, Tran said. On cross-country routes, transit times are faster than via intermodal rail, he said.

“It’s a white-glove service,” Tran said. OceanGuaranteed is priced about 75 percent lower than air freight, and with ocean spot rates in the eastbound trans-Pacific approaching $4,000 per FEU to the West Coast, the product is competitive with some carriers’ premium services that add surcharges on top of the spot rates, he said.

“We don’t guarantee just one leg; it’s an end-to-end service,” he said.

Container shortages the biggest disrupter: where are all the empty boxes?